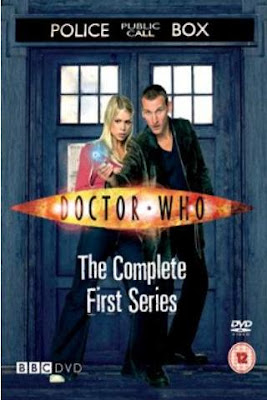 Christopher Eccleston's Doctor is wise and funny, cheeky and brave. An alien and a loner (it's difficult keeping up with friends when your day job involves flitting through time and space), his detached logic gives him a vital edge when the world's in danger. But when it comes to human relationships, he can be found wanting. That's why he needs new assistant Rose.

Rose (Billie Piper) is a shop-girl from the present day. From the moment they meet, the Doctor and Rose are soulmates. They understand and complement each other. As they travel together through time, encountering new adversaries, the Doctor shows her things beyond imagination. She starts out as an innocent, unfettered by worldly concerns. But she ends up an adventurer who, by the end of the series, can never go home again...

Let me say from the off that I am a huge RTD and Ecclestone fan so when I heard that they were getting together to reimagine one of my all time fave shows I was more than a little excited, but did they succeed?

In 1989 doctor who was old,tired and needed a rest. In mid 90's America took a crack at it, it wasn't bad (had a great doctor) but it didn't lead to a series. This time however we had been promised 13 episodes so signs were promising.

New who hit the ground running with a great title sequence and rousing orchestral theme score. RTD had made several big changes (the doc is now the last time lord) but they all work, this is an outstanding premiere season.

Stand out episodes are

Rose.
Starting the whole thing from a companions pov and showing family is inspired,

Dalek
Shows new side to the doctor, and is still best episode of Who ever

Boom Town
A really sweet character piece(which means opps we've run out of budget) about consequences, worth watching for the restaurant scene alone

Parting of the Ways
And so it ends the way it had too. I've decided not to say what happens to avoid ruining it for anyone who hasn't seen it, but it makes sense from pov of the doctors character

Overall a brilliant series, you won't regret watching it.

Posted by Pat Scattergood at 10:13