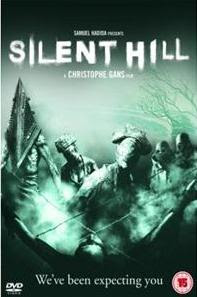 After the continuous sleep walking episodes of Sharon, the young daughter of Rose Da Silva, the decision is made to take Sharon to the place only mentioned in her restless dreams- Silent Hill. However, the road to Silent Hill is anything but easy to access, and Rose creates a high speed chase between herself and a police officer only to end in a crash for them both. When she wakes up, Sharon has disappeared and Rose is at the entrance to the deserted, dream-like town of Silent Hill. As Rose begins the search for her daughter, she does not realize the terror and mystery surrounding her. Rose is led on a blind search for her beloved daughter, finding herself getting more and more entwined into disturbing past of Silent Hill.

Christophe Gans, director of 'Crying Freeman' and 'Brotherhood of the Wolf', would have a tough time making a film based on the 'Silent Hill' series game that would have kept both the fans and movie goers happy no matter how he had made this movie.

I think he succeeded in a big way here because he delivered a methodically paced and spooky as hell horror movie that while not super true to the games themselves still maintains their foreboding atmosphere.

Gans doesn't need to resort to jump cuts and easy scares here, instead concentrating on the gothic grandeur and dread filled atmosphere.  This works brilliantly as the setting and the shadows are masterfully used as if they are a member of the cast.  It's the same with his use of flashbacks too.  They way they have been filmed gives a great and subtle nod to how the games themselves were written and for once, they don't feel like a necessary filler for information that they needed to throw out there.

Another major plus point for this movie is the cast.  They do a brilliant job in this movie without falling in to the normal horror movie cliches and melodrama that plague recent horror movies.  I'd so far as to say that the performances bring to mind the older, slower horror movies starring such legends as Boris Karloff and Christopher Lee.  Plus I always love to see the under rated Sean Bean in a movie.

I wish there could have been a bit more in the way of special features but we do at least get an interesting making of documentary that really gives some interesting behind the scenes stuff for the nerdier folks amongst us, such as myself.

All in all, this is a massively entertaining, intelligent horror movie that is well worth watching.  Full of dread and incredibly spooky moments instead of cookie cutter jump cuts and scares, this movie is well worth picking up.

Posted by Pat Scattergood at 12:56