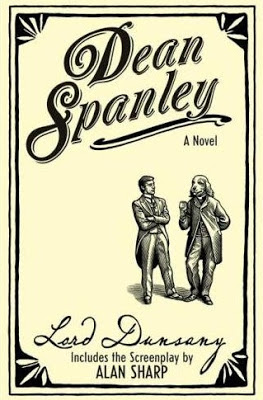 (aka 'My Talks With Dean Spanley')


The classic humorous novella about an alcohol-loving clergyman who thinks he is the reincarnation of a dog.

Complete with the screenplay and photos from the film starring Peter O'Toole and Sam Neill.

My Talks With Dean Spanley, first published in 1936, is certainly Lord Dunsany's funniest book and, in its unique way, a remarkable tour de force.

This special edition includes Lord Dunsany's witty and inventive original novel, as well as Alan Sharp's hilarious screenplay, which faithfully adapts and also expands upon the events in the book. Complete with colour photos and interviews with the principal film-makers, this whimsical, wintry tale about dogs, reincarnation and the effects of alcohol makes perfect reading for lovers of classic humorous storytelling.

When I heard about this book with the introduction that it was a novel written about a man who thought he used to be a dog in a past life, I just dismissed it as a nonsense book and thought no more about it.

When I eventually picked this up to read I was confronted with something completely different to the book I had in my mind.

Published in 1939, Lord Dunsany originally thought of this as a parody of the then massive fad of believing in reincarnation or spiritual migration. Written with a very sharp and humorous eye, this also reads as an incredibly heartwarming tale that really touched my heart to such a degree that as soon as I had finished it, I wanted to read it again.

Another part I liked was the sheer amount of intelligence that is shown in the writing. This is definitely Lord Dunsany's best work by far.  The satire is biting at times but the characters are handled with a kind, sensitivity that really makes them memorable.

Also in this collection is a wealth of extra information and work. The screenplay for the movie adaptation is there to show the difference between the novel itself and the film but that's not all that is included in this superb set. There are also numerous interviews about how they brought the story itself to screen and how they set about adapting and casting it. An absolute treat for the reader.

I would definitely recommend this to anyone who likes a heart warming story written with intelligence and humor because this novella has all of those in abundance. Enjoy.

I have to say one thing however.  This book will cost you money.

Because as soon as I've read the novella and then the screenplay, I went straight out and bought the movie.

Buy this, enjoy it and just let the story wash over you.

Posted by Pat Scattergood at 14:57