An Interview With Sharon Stevenson, Author of 'Blood Bound' and 'Demon Divided' 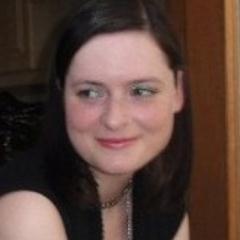 Sharon Stevenson, author of the supernatural fantasy novels 'Blood Bound' and 'Demon Divided' has taken time out from her busy vampire hunting ways to talk to Patrick Challis about her inspirations and her writing.

PC: Firstly thank you for taking the time to talk to us here at Curiosity of a Social Misfit.  It's a rather cliched question I know but who or what inspired you in to becoming a writer?

SS: I suffer from an overactive imagination!  Reading books from a young age probably fuelled this.  It's impossible to pinpoint when I was inspired to become a writer, as I've loved making stuff up and writing it down since I was in primary school.  It's just something I've always done.

PC: 'Blood Bound' was your debut novel wasn't it?  Was it a daunting prospect considering you were joining a genre already populated by amazing writers such as Neil Gaiman and Anne Rice?

SS: All I really thought about was writing the novel I wanted to read, in the hope that other people might want to read it too.  Every genre has its legends and there's a lot to be learnt from these great writers but I don't try to compare myself to them, I just write the story I want to tell in the best way that I can.

PC: You then followed that up with 'Demon Divided', which continued your characters quest.  Did you find it easier or harder to write the follow up?

SS: It came a lot easier as I'd already worked out the characters.  I spent a fair bit of time creating them and their back stories before I started 'Blood Bound'.  I knew roughly how I was going to continue the story before I even started the first book; I had an outline for the first three books.

PC: The twins, Shaun and Sarah Gallows, are a great addition to the genre.  How did you come up with two characters that no matter how fantastical the world around them becomes, they still feel completely realistic?

SS: I put a lot of thought in to who they were and what their backgrounds and motivations would be, as well as giving them human flaws and habits that suited their characters.  When it comes to a series like this great characters are the reason I will, as a reader, keep picking up books so it was important to me to get them right. 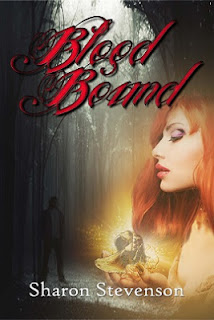 PC: How would you describe your novels and writing style to a new fan?

SS: I would probably say they are action packed and character driven.  I've got a sense of humour and I think that shows in my writing too.

PC: Do you have any quirks or rituals while writing or after you have finished a book?

SS: I need to be alone with my laptop to get any writing done.  I usually listen to music as it seems to help keep me writing away!  I had Twin Atlantic CD's playing on repeat for the vast majority of the time spent writing these books.

PC: Are there any up and coming authors, or maybe ones that aren't as well known as they should be, that we should keep an eye on?

SS: There are lots!  But if I'm narrowing it down I'd say Devan Sagliani, Michelle Browne, Robert Bevan and Maya Pruett.

PC: Also, who are your favourite authors or books at the minute?

SS: Simon Green, Jim Butcher and Kim Harrison are my favourite authors and have been for a good few years.  I'm quickly finding lots on the indie scene though!  A few of the best books I've read lately are: Devan Sagliani's 'Zombie Attack! Rise of the Horde', which is excellent YA zombie horror, Michelle Browne's 'The Stolen: Two Short Stories' is Sci-Fi featuring feisty female narrators, Robert Bevan's 'Critical Failures' is geeky hilarious fantasy and Maya Pruett's 'The Cat Food Chronicles' is a book narrated by a psychic cat, and is very quirky and fun. 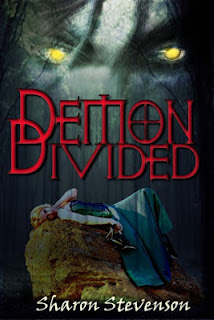 PC: You're known for being very open and approachable to your fans.  Has this led to any strange moments?

SS: Not really.  I live in nervous anticipation of those moments!  I'm a bit weird and geeky anyway so I might not even notice if someone was being strange.

PC: Talking of moments, your books are wonderfully descriptive with a supernatural tint to them.  Have you had any supernatural occurances or anything spooky happen to you?

SS: I wish!  I've long daydreamed of being sucked in to another dimension where these things exist.  It's probably the lack of otherworldliness in real life that keeps me interested in writing about it.  I'm an escapist.

PC: What's next for Sharon Stevenson and the Gallows Twins?

SS: The third Gallows novel will be out in a couple of months, along with a short story from Elle's POV.  I've got lots planned for the twins.  There will be a new book a year for the forseeable future.

As for me, I've for a head full of crazy ideas waiting to be unleashed!  I've got a novella length Urban Fantasy Horror / Comedy book I'm working on called 'Raised' and I'm hoping to release this in the Summer.

PC: Once again, thank you so much for taking time out your busy schedule to talk to us.  It was an absolute pleasure.

SS: Thanks for asking, it's been fun!

'Blood Bound' and 'Demon Divided' are both out to buy now!

Posted by Pat Scattergood at 14:04