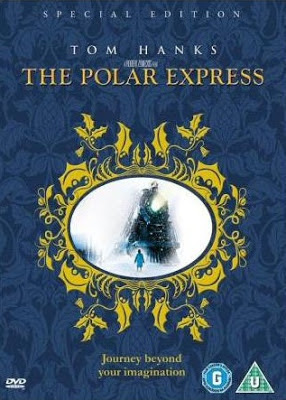 Santa Claus does not exist. Or does he? For one doubting boy (voice of Daryl Sabara & Tom Hanks), an astonishing event occurs. Late on Christmas Eve night, he lies in bed hoping to hear the sound of reindeer bells from Santa's sleigh. When to his surprise, a steam engine's roar and whistle can be heard outside his window. The conductor (also voiced of Tom Hanks) invites him on board to take an extraordinary journey to the North Pole with many other pajama-clad children. There, he receives an extraordinary gift only those who still believe in Santa can experience.

I have always been a fan of movies that can convey the sheer magical nature of Christmas without falling in to the overly sweet and cheesy kind of movie that could give you toothache.

Recently, the output of Christmas movies have been lacking the subtle side of things and as a result have all been overly similar and all rather boring.

However that changes here with this animated adventure made by the director Robert Zemeckis and based on the beautiful novel by Chris Van Allsburg.

Normally I'm not a massive fan of computer animated movies but here, the animation is absolutely amazing and life like.  The sheer amount of detail is astounding.  Flakes of snow, beads of sweat, even single hairs on characters faces.  All of it is done with such an eye for detail that the movie itself is incredibly beautiful.

The writing itself is spot on with it's portrayal of the magical nature of Christmas, of Santa Claus and of how children see the holiday season from the ones that doubt the magic and the ones that believe with all their heart.

Watching this movie with my son really got me excited for Christmas Day and he was completely enthralled for the entire movie.  There were so many times when he said 'wow' or got excited about certain scenes.

The voice cast is incredible but the star of the show is in no doubt.  Tom Hanks completely owns this movie with five completely separate characters.  His voice work is even better than the work he does in the 'Toy Story' trilogy.  Each character is performed so differently that you wouldn't honestly believe that the same person does the voices.  My hat is definitely off and tipped in Hanks' direction for the sheer quality in his performance.

Special features wise, this release is incredible.  Every aspect of the movie making process and adaptation of the book is accounted for in a massive amount of detail without once feeling like you are getting over loaded.  After watching the movie, I watched the special features and that led me to want to watch the movie all over again.

All in all, I would honestly class this as a definite holiday classic for all the family that, for once, doesn't overload the viewer with schmaltzy ideas that have been done a hundred times or more.

Highly original, full of magic and wonder, this movie is fantastic and a must have for the children and the children that is all of us.