Hitman: My Real Life in the Cartoon World of Wrestling By Bret Hart 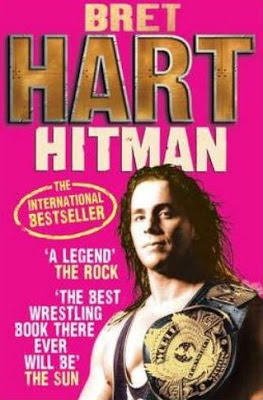 
The legendary Bret Hart Bares All.

Every facet of his life and career are discussed.  No stone is left unturned.

From his time in the famous Calgary Stampede wrestling territories right up to the end of his career in WCW and beyond.

Bret Hart is a name that will always be linked to wrestling. Through the good and the bad, Hart always put on a good match no matter who he was wrestling.

A massive list of tragedies have hit the legendary Hart family also from the death of his parents to the death of his younger brother Owen live on a pay per view event. None of these subjects have been glossed over or brushed aside.

Even the now infamous Survivor Series screw job in Calgary isn't glossed over and Hart manages to tell it from both sides, albeit with a little more detail on his part of things.

All in all this is a brutally honest autobiography. Sometimes it can be a little too honest but it is a refreshing thing. A lot of sports books gloss over the protagonists flaws and seem to paint them as doing no wrong. This book is the complete opposite. As well as obviously celebrating his long and varied career, he talks about all the mistakes as well. Even going as far as saying all the things he has learned along the way.

While there are still some obvious wounds that Hart is still bitter about, he's surprisingly upbeat although out most of the book. The chapters about losing his father and his brother are absolutely beautifully written expressions of grief.

All in all, I urge every wrestling fan to buy this. Don't just sit there, buy it and buy it now. Even if you're not a wrestling fan, there are still more than enough things to hook you in to reading this superb book.

Posted by Pat Scattergood at 01:50